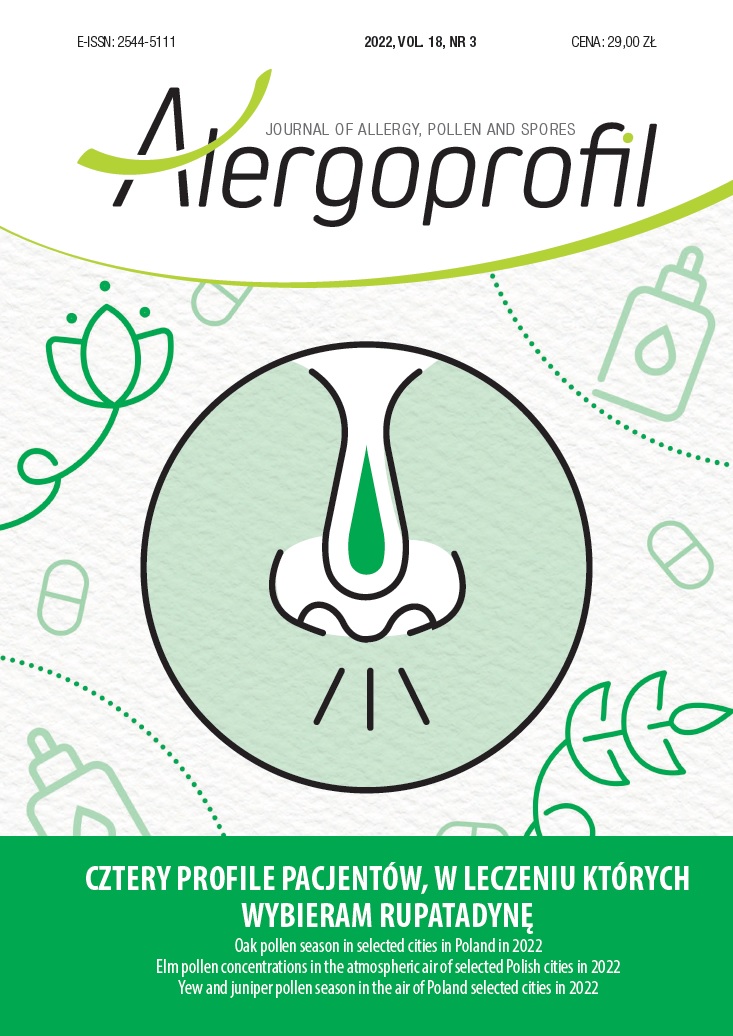 The allergenic content of the atmosphere varies according to climate, geography and vegetation. The work compares the yew and juniper pollen seasons in Bialystok, Bydgoszcz, Cracow, Piotrkow Trybunalski, Szczecin, Sosnowiec, Warsaw, Wroclaw and Lublin in 2022. The investigations were carried out using the volumetric method (Hirst type pollen sampler). Seasonal pollen index (SPI) was estimated as the sum of daily average pollen concentrations in the given season. The yew pollination is observed mainly in February and March, while juniper pollination is observed mainly in March and April. Due to the morphological similarity of the pollen grains of both taxa, the pollen seasons of yew and juniper are considered together. The pollen season of yew/juniper started first in Szczecin, on the February 14th. At the latest, a pollen season ended in Bydgoszcz, April 18th; while the pollen season lasted 2 days shorter in Bialystok, Szczecin, Sosnowiec, Warsaw and Lublin. Only in Cracow and Wroclaw the season ended exceptionally early, already at the end of March. The differences of pollen seasons duration were considerable, from 36 to 62 days. The highest airborne concentration of 460 pollen grains/m3 was noted in Wroclaw on the March 13th. The maximum values of seasonal pollen count occurred between the March 13th and 24th. The highest yew and juniper pollen allergen hazard occurred in 2022 in Sosnowiec, Piotrkow Trybunalski, Lublin and Wroclaw. On the other hand, in Bialystok and Szczecin the risk of yew and juniper allergens was exceptionally low.

Copyright: © Medical Education sp. z o.o. This is an Open Access article distributed under the terms of the Attribution-NonCommercial 4.0 International (CC BY-NC 4.0). License (https://creativecommons.org/licenses/by-nc/4.0/), allowing third parties to copy and redistribute the material in any medium or format and to remix, transform, and build upon the material, provided the original work is properly cited and states its license.