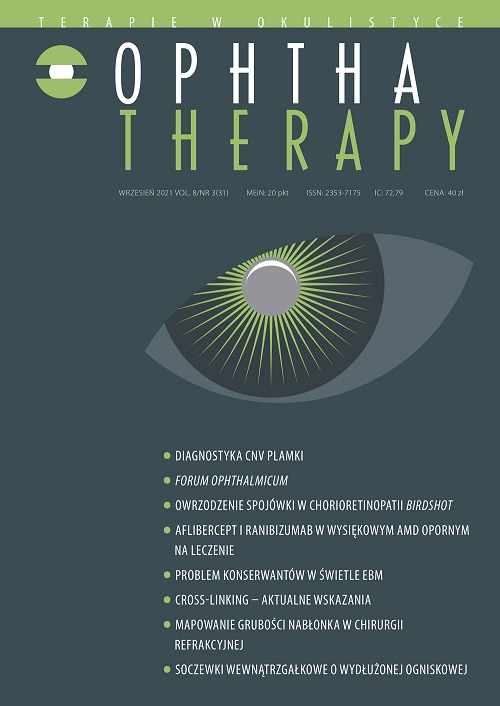 Introduction: Aflibercept and ranibizumab have become the most used drugs in the treatment of wet age-related macular degeneration. Some patients; however, do not respond to aflibercept and ranibizumab treatment. Our aim was to determine whether the switch from aflibercept to ranibizumab, and then switchback, is effective in a group of patients poorly responding to aflibercept. We assessed best corrected visual acuity, central retinal thickness, and the presence of intra- and subretinal fluid (respectively).

Material and methods: We conducted a retrospective comparative case series study. Twenty eyes of 20 patients, who had no inhibition of disease activity after at least one year of treatment with aflibercept, were included in the study. If after switch to ranibizumab the response to the drug was again inadequate, we returned to aflibercept. We divided the study population into two groups: treatment- naïve and patients who had received injections before entering the Drug Program for the Treatment of Age-Related Exudative Macular Degeneration.

Results: We observed an improvement in both best corrected visual acuity and central retinal thickness parameters, but only in the treatment-naïve group. We did not observe any statistically credible effects for sub- and intraretinal fluid in the studied groups.

Copyright: © Medical Education sp. z o.o. License allowing third parties to copy and redistribute the material in any medium or format and to remix, transform, and build upon the material, provided the original work is properly cited and states its license.